Jamestown, originally inhabited by the Ngadjuri people, was first explored by Edward John Eyre and his party in 1839.

Following the passing of the Wastelands Amendment Act (Strangways Act) in 1869, the stations were opened up for agricultural settlement, with the prime aim being to increase wheat production.

The land was surveyed into 100 square mile areas, known as Hundreds, and the district’s first farmers (purchasing up to 640 acres each) arrived in time to sow their first crop in the autumn of 1871.

Surveyed in the Hundred of Belalie, the township of Jamestown was named after Governor of the day, Sir James Fergusson (whose Scottish background is reflected in many of Jamestown’s street names).

Agriculture in the district developed rapidly, and with Bundaleer Forest established during this time as well, a myriad of opportunities opened up for enterprising business men and women.

As a result, Jamestown’s initial growth was extraordinary. In 1877 at the height of activity, there were more than 100

stonemasons employed in the town, and their quality workmanship has stood the test of time, with many buildings from that time still standing today.

By 1881, only 10 years after initial settlement, Jamestown boasted a population of 995, making it the largest of the new towns in the north. It was seen as one of the most progressive towns thanks to tree planting and road improvements instigated by the town’s first mayor, Dr John Cockburn, in 1878.

By the turn of the century, Jamestown’s facilities included a hospital, primary school and secondary agriculture school, a flour mill and stock selling yards.

It’s no surprise that the founding fathers thought Jamestown would quickly establish itself as the capital city of the north.

While that was not to be, throughout the 20th century Jamestown continued to progress, highlights being the hospital extensions and upgrades including a theatre wing, building of the medical centre and Belalie Lodge aged care facility.

Construction of many of Jamestown’s sporting facilities, including the swimming pool, football & cricket oval, tennis courts, bowling green and golf course occured during this time.

In the 21st century, progress in Jamestown has been substantial, with upgrades to the medical centre and

sheep saleyards, building of a hydrotherapy pool and gymnasium, as well as a multi-million-dollar renovation to Belalie Lodge and restoration of North Bundaleer Homestead.

Jamestown’s sporting community has also benefited from improved facilities, most notably the building of the town’s massive indoor sports facility, affectionately known as the ‘Big Shed’, and a new world-class bowling green.

Throughout its history, Jamestown has been fortunate to be the home of many progressive community-minded citizens.

These people, backed by a community willing to support initiatives with donations and hard work, have ensured the town remains at the forefront of rural living

Come see for yourself why Jamestown is a great place to live, work and play.

Explore Jamestown’s fascinating history while in town. Spend some time at the museum or history centre, or learn as you walk along the cemetery and mural walks. 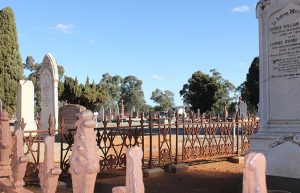 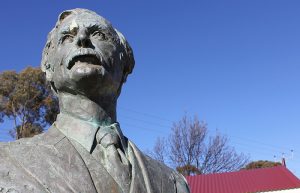 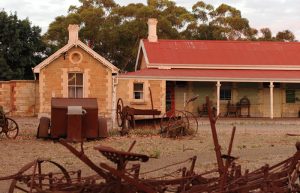